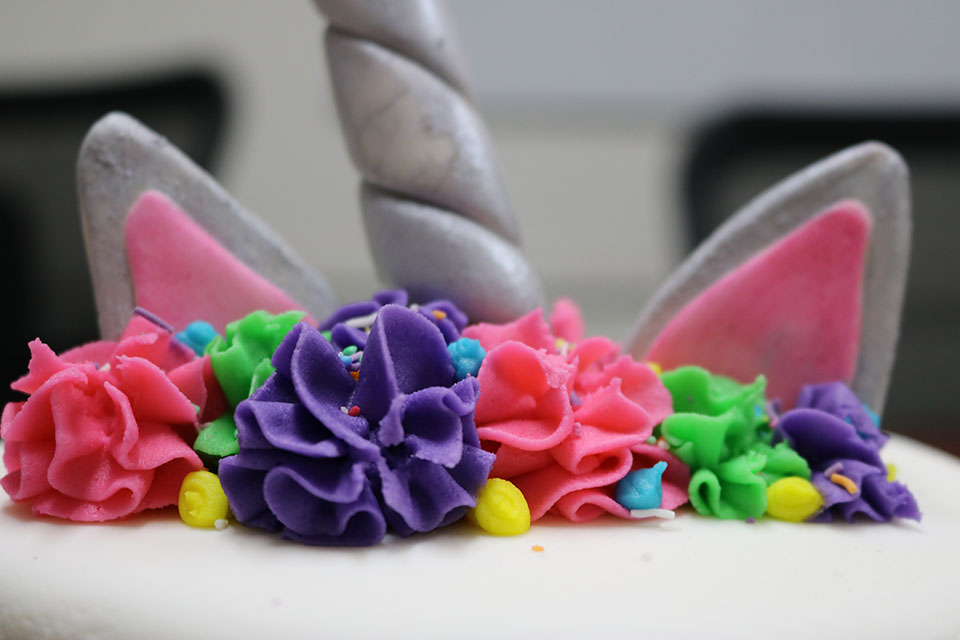 I mean, who doesn’t love unicorns? This cake was great fun to make, I like experimenting with designs and fondant. I had a new type of silver lustre dust that I wanted to try out, so I figured a silver horn and silver ears would be interesting. I started by building up a simple 4 layer butter cake with white chocolate ganache between each layer. Finishing with a quick crumb coat and chucking it in the fridge to chill. 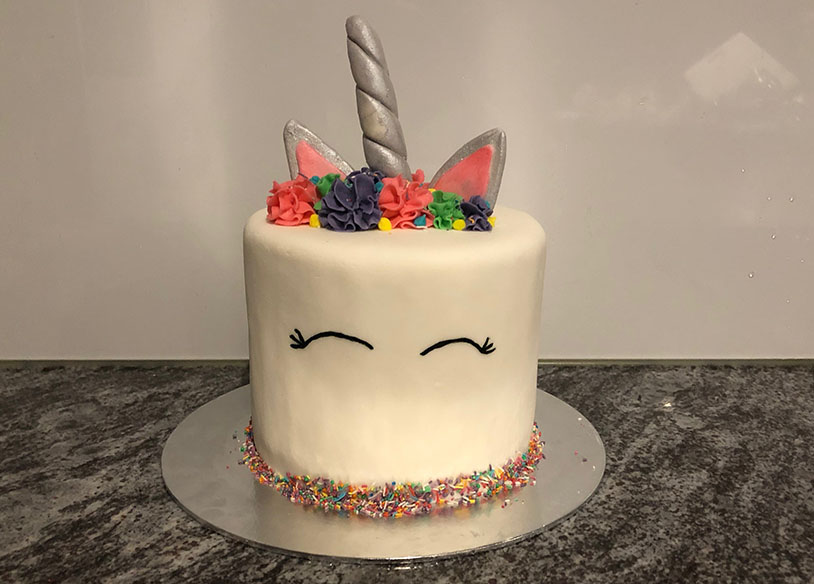 While the cake was chilling I got out some white fondant to start on the ears and the horn. For the ears I rolled out the fondant to about 2mm thick then I cut out 4 tear drop shapes, 2 big ones and 2 slightly smaller ones. I layed a small one in the middle of the big one, colouring the small one with pink edible ink and colouring the edge of the ear with silver lustre dust. Then with the horn I made two fondant logs and rolled them into long cones, once I had the right shape I twisted them together to get the spiral effect on the horn. Once the horn was the way I liked it I coated it with the silver lustre dust. 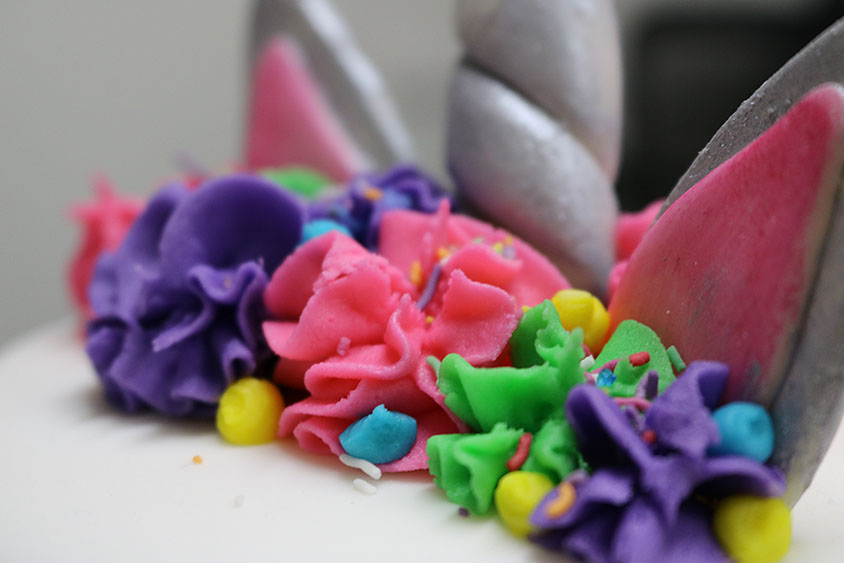 With the ears and horn done it was time for the body. I rolled out a large sheet of fondant being careful to not let it dry out too much to avoid cracking. Once I had it rolled out to the thickness I wanted I laid the fondant over the cake, then using a cake smoother I formed the fondant around the sides of the cake to get an even and seamless coat. People’s preference on thickness can vary a lot, some like it thick so that you have a little more material to work with when you are stretching the fondant over the cake. But then there are people like me, that like it to be a little bit thinner, while it is less forgiving when you make a mistake it does make the cake a little nicer to eat as a whole. 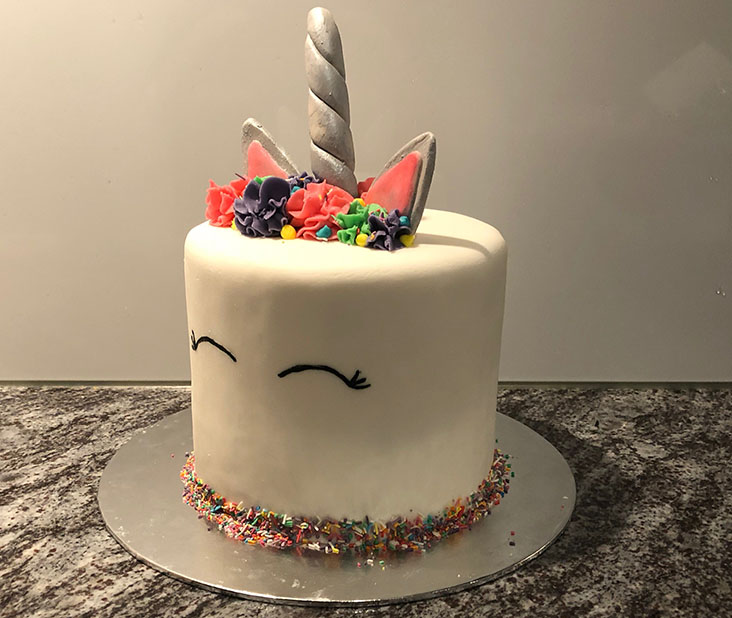 Now it was time for assembly, first I got the horn and the ears in position. The new lustre dust I was using was a little different to what I am use to and it had a tendency to rub off quicker than normal, so there were a couple fingerprints on the silver parts by the time I was finished. I just touched these up carefully with a little bit more dust. Once the horn and ears were where I wanted them, I got out a couple piping bags of coloured icing and decorated the joins between the head and silver parts. The icing sort of looks like the maine of the unicorn but really it is there just to tidy up the joins. I then got some black icing in a piping bag with a tiny nozzle to do the eyelashes. I was thinking of doing the whole eyes but I think just the lashes looks a little cuter. To finish the cake off I got some rainbow sprinkles and scattered then around the base of the cake and on top of the colour icing, to give the cake a little more colour and make it pop.