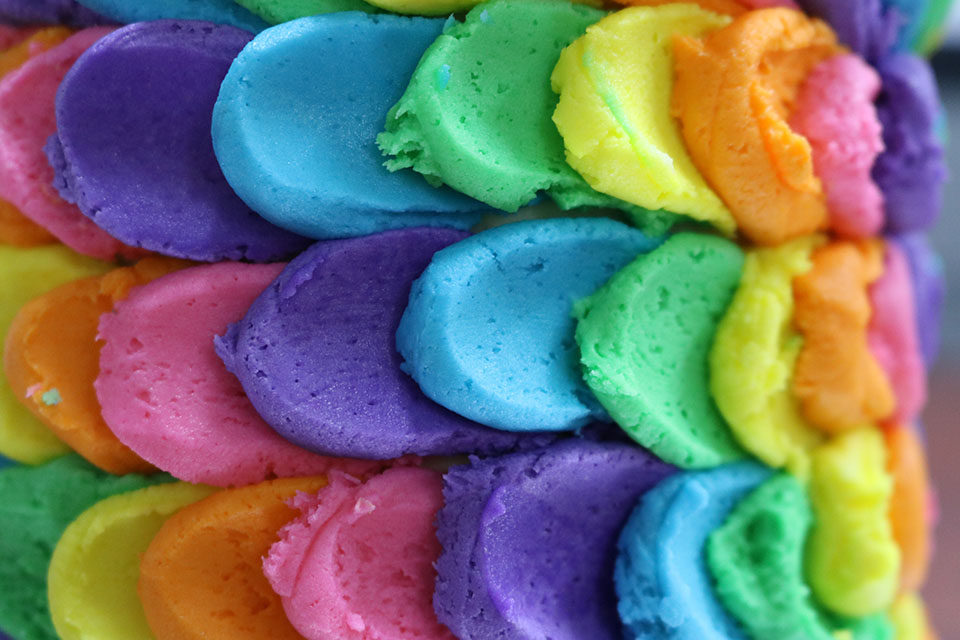 Oh so many colours! I have been seeing cakes pop up like this on Pinterest and well I thought I would give it a crack. I started off by baking the base cakes, nothing earth shattering just a couple tins of butter cake. Then I mixed up ALOT of butter icing and cream cheese icing, the cream cheese icing was used to build the body of the cake. Placing an even coat between each layer of the cake, and then crumb coated the whole thing. 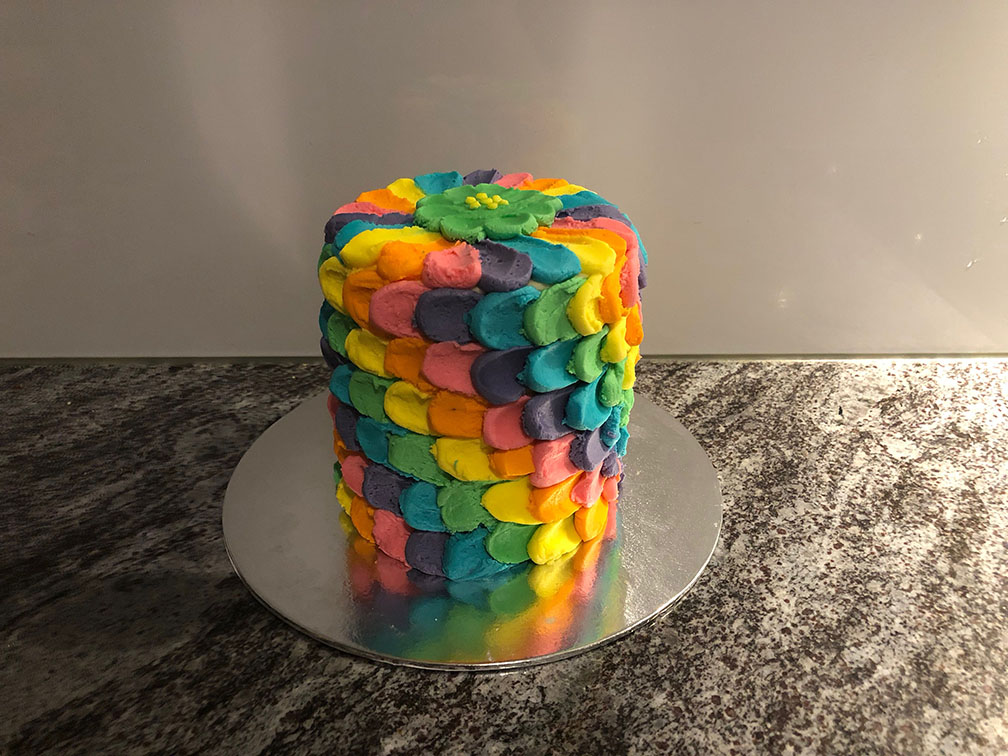 Once the body of the cake was ready I began dyeing the butter icing with different coloured food colouring, separating each colour into their own disposable piping bag. If I had 6 of the same tip I would have used proper piping bags and life would have been a little easier, but hey I don’t mind a challenge. When I was happy with the consistency of the colour and the icing I began piping. 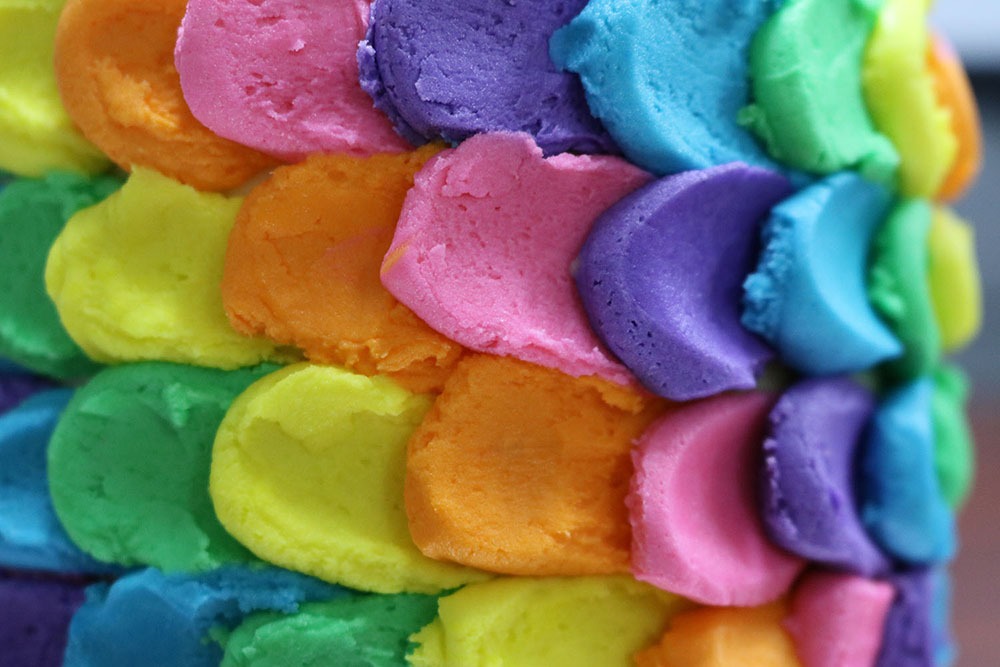 So I had my cake, I had my icing and it was time to get the piping started. The goal is to get the square scale looking thingamabobs the same dimensions around the whole cake and correctly aligned. The hardest part was getting started because that would be the size for the rest of the cake. If I go to big there is a higher risk that I will pipe to the bottom of the cake and end up with and old sized thingamabob. If I go too small I will be piping for a day and a half. So I put on my brave face and started piping, it ended up not being so bad. 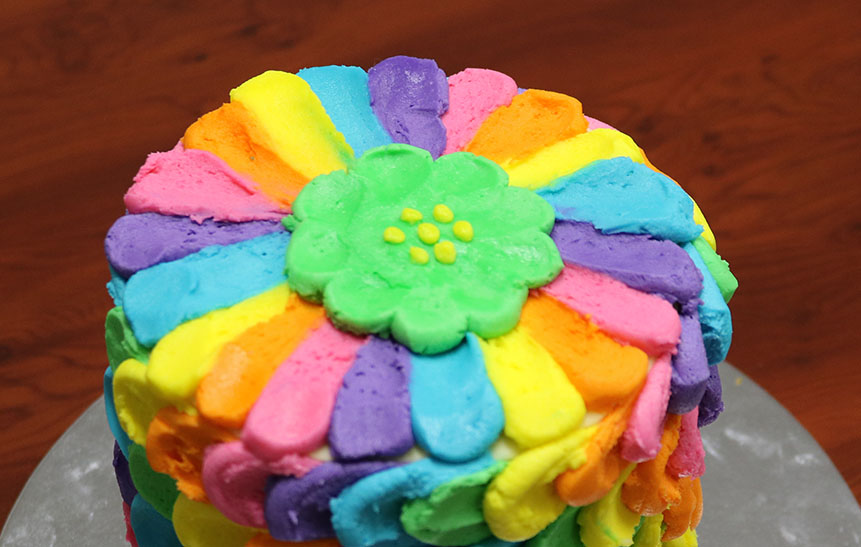 To get the scaly texture of the pattern I would pipe a small amount of the icing onto the cake. Then I would grab a small spoon push it into the icing, angling it to toward one side so that the opposite end flares out. This was another difficult part that I needed to watch out for, I needed to make sure that I use consistent pressure and angle for the entire cake. For the most part I think I did ok, but maybe doing a couple more of these types of cakes I would get to a point where the specific piping and spoon pressure become second nature. I think for the next time I do one of these cakes I will try a monochrome palette so that the cake looks like it has a gradient.